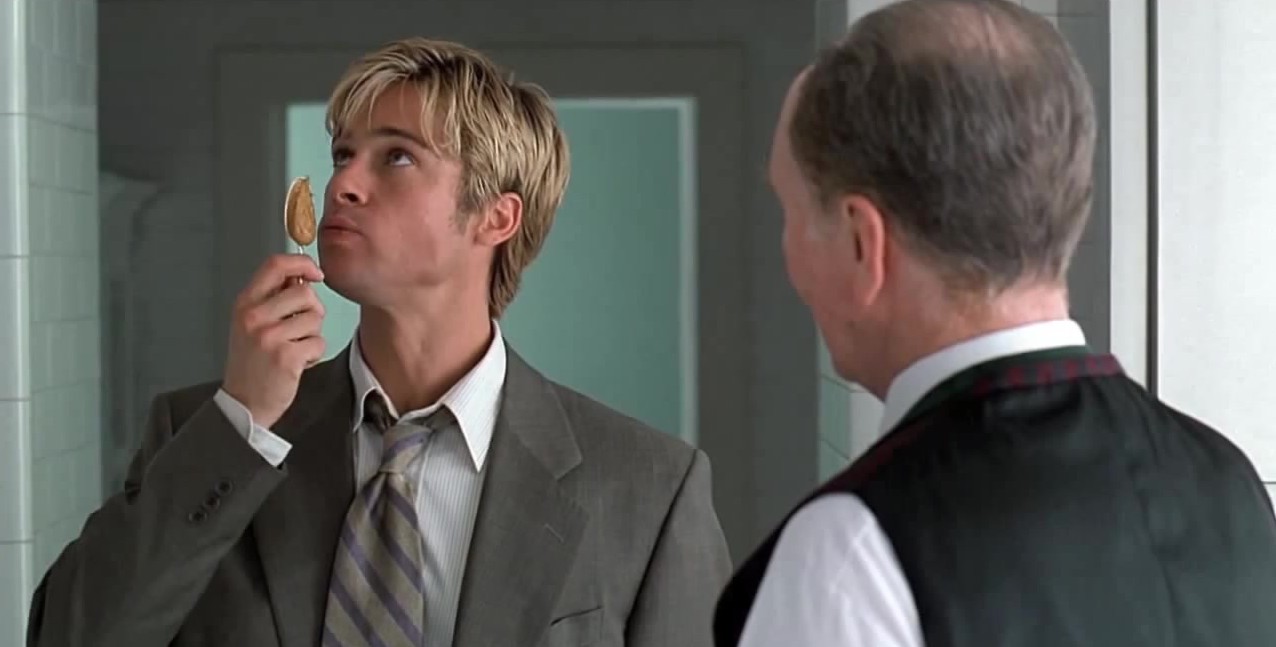 Death tries peanut butter for the first time, and it’s truly one of the best scenes in a movie. Not because of the dialogue, the acting, or the scenery — all of which are fine — but what knocks your blockhead is the profound representation of the minute things we appreciate about our short lives on this (often troublesome) planet. Of course love, of course family, of coursepicturesque vistas at sunset or whatever, but to have been around for all of world history, seen every incarnation of human demise, individual and collective, and then finally wind up with five senses and a fresh beating heart… and then taste fucking peanut butter? Any brain of any creature from any dimension would absolutely, obviously, totally melt!

Think of the “Part of Your World” song from The Little Mermaid, except Ariel is actually Death who’s taken the form of a man killed by two cars slamming into him in the same (batshit fluke of an) accident. Death is discovering every single thing about human existence, a surreal glowing world that he’s only observed from afar. So when someone offers him peanut butter — after some of the most wily kid-like bounce of a grown man’s eyes, courtesy of the frosted-haired hunk that is Death — it's for sure a bewildering moment of appreciating the little things. He inspects the first spoonful like the alien visitor that he is and nearly chokes on it like a doofus. The second time, though, he takes his time with it, rolling his tongue over the utensil and licking his gums, before finally stating the simplest, highest praise that could ever come from the Grim Reaper himself: "I thoroughly enjoy this peanut butter."

This single two-bite spoon-snack has such a daunting effect on Death that his love interest, the glorious spark of quiet, humble life that is Susan Parrish, needs to clarify if it’s somehow better than sex with her.

Susan: “Do you love making love to me?”

I have not become death, the destroyer of girls, but damn, if a woman asked me if I enjoyed midnight antics with her more than, say, soft pretzels, I’d for sure… well, actually hold on… this would require clarification. In this hypothetical, would she be inherently asking for me to straight up choose soft pretzels or lovemaking? Or would she be asking me to choose between soft pretzels and lovemaking with her specifically? Well, I ask you this, how fresh are the soft pretzels? I REPEAT, DAMN YOU, HOW FRESH ARE THE SOFT PRETZELS?

Okay, sorry. That outburst was unnecessary. I’ve come to the decision that any woman who would put me on the spot like that is some sort of temptress and I would naturally recite an ancient incantation to banish her from our realm