what are the effects of driving without thermostat 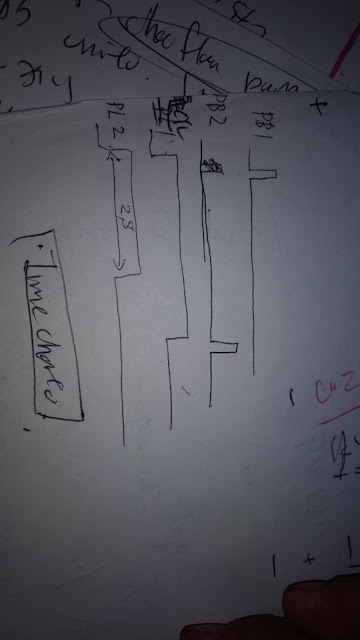 how and why to expect less from people

how to find your skils , how to check what you arr good at in order to find a job that suits you

you are not able until you are able

if your grandpa had diabetes then pay attention

is there any magic formula for getting to know people?

how to stop being careless

how to improve without feedback

do I have a good metabolism ?

why not learning kanji through radicals

where to get money in time of need

how to avoid being hit by a car

how to prompt tha answer you want to listen to

no me eches la sal

Yo me peino como mexicano.

how to use graphs

The Leitner system is a widely used method of efficiently using flashcards that was proposed by the German science journalist Sebastian Leitner in the 1970s. It is a simple implementation of the principle of spaced repetition, where cards are reviewed at increasing intervals.

In this method flashcards are sorted into groups according to how well the learner knows each one in the Leitner's learning box. The learners try to recall the solution written on a flashcard. If they succeed, they send the card to the next group. If they fail, they send it back to the first group. Each succeeding group has a longer period of time before the learner is required to revisit the cards. In Leitner's original method, published in his book So Lernt Man Lernen, the schedule of repetition was governed by the size of the partitions in the learning box. These were 1, 2, 5, 8 and 14cm. Only when a partition became full was the learner to review some of the cards it contained, moving them forward or back depending on whether they remembered them.

Suppose there are 3 boxes of cards called "Box 1", "Box 2" and "Box 3". The cards in Box 1 are the ones that the learner often makes mistakes with, and Box 3 contains the cards that they know very well. They might choose to study the Box 1 cards once a day, Box 2 every 3 days, and the Box 3 cards every 5 days. If they look at a card in Box 1 and get the correct answer, they "promote" it to Box 2. A correct answer with a card in Box 2 "promotes" that card to Box 3. If they make a mistake with a card in Box 2 or Box 3, it gets "demoted" to the first box, which forces the learner to study that card more often.

The advantage of this method is that the learner can focus on the most difficult flashcards, which remain in the first few groups. The result is, ideally, a reduction in the amount of study time needed.

This example uses 5 proficiency levels and 12 decks of flash cards. Cards at Proficiency Level 1 are reviewed at every learning session; those at Level 5 are retired and no longer in use. Those at Levels 2, 3, and 4 are reviewed every 2nd, 3rd, and 4th session, respectively.

If a learner is successful at a card from Deck Current, it gets transferred into the progress deck that begins with that session's number. (For example, success at a card during Session 6 transfers it from Deck Current to Deck 6-8-1-5.) Cards from that deck are reviewed whenever a number from the deck title matches the session number. (For example, cards from Deck 6-8-1-5 will be reviewed again at Sessions 8, 1, and 5.) If a learner has difficulty with a card during a subsequent review, the card is returned to Deck Current; otherwise it stays in its progress deck. When a learner is successful at a card during a session that matches the last number on the deck (for example, Session 5 for Deck 6-8-1-5), that card goes into Deck Retired, and the title card for that progress deck is freed up for use at the following session.

Last edited 6 months ago by Aaronjwheeler

a tool for systematic learning

Content is available under CC BY-SA 3.0 unless otherwise noted.

7 Practical Tips on How to Make Time for Everything

The modern world is full of things to learn, adventures to explore, and people to meet. But how can we find time for all that when we are already so busy?

We at Bright Side have a few tips to help you organize your time more effectively and get the most out of each hour, day, week, and month.

Try making lists of your usual daily tasks,books you want to read, movies you want to watch, work projects, household chores, and so on.

Creating a list of products to buy or even a list of your desires is a simple yet useful habit. It will help you plan your day and ensure you don’t miss out on any important activities.

Use your "dead time" cleverly

"Dead time" is the amount of time between your tasks: train travel, standing in queues, waiting for friends, etc. Don’t waste that time by just playing those stupid games on your smartphone. Instead, use your dead time to read an interesting book, learn a new foreign language, or draw in your sketchbook.

Today, commercials on TV take up so much time that any TV program or series lasts one and a half times longer. To save you precious time, rent or buy your favorite movie or series. If you do so, you’ll spend less time watching commercials and you’ll have more time for other useful things.

Conduct a small experiment: grab your notebook and spend two or three days writing down everything you do during the day and how long it takes you. A detailed description of your daily life will help you understand where your precious minutes go. You will probably be surprised at how much time you spend on activities that don’t help you reach your goals, like browsing the web or checking unimportant e-mails.

Delegate as many of your duties and responsibilities as possible

Review the list of your daily household chores, and delegate some of them to other family members. Your husband will definitely cope with the task of throwing out the garbage,and your children can do simple and safe tasks at home too.

Some tasks take no more than 15 minutes to complete. Make a list of these chores, and complete them one at a time. You can sort through the e-mails in your inbox, dust the cabinets, or water your house plants. Doing these small tasks on a day-to-day basis will help you reach your bigger goals.

Take a rest regularly, rather than just when feeling exhausted

Ideally, you should take a 10-minute break for every 50 minutes of work and devote one day a week to yourself only. But if this way of resting is not for you, then try alternating your activities every 20 minutes. If you do so, you’ll feel less tired and have more time during the day. Remember: your productivity at work depends on your physical energy. So don’t deprive yourself of rest and restoration.